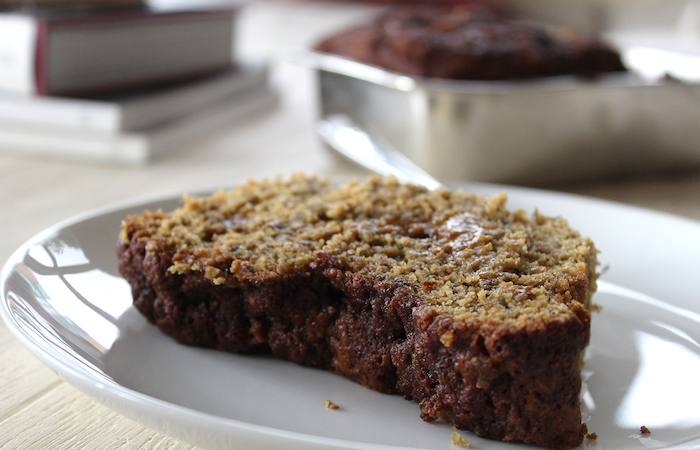 I grew up eating and loving my Mom’s banana bread, which was so delicious and sweet, it should have (maybe) been dessert . I healthified banana bread by making it with fiber-rich whole wheat pastry flour and oat flour (which you can make at home by blending rolled oats in a blender) and cut the sugar tremendously by using monk fruit sweetener. The Cinnamon Swirl in the middle and top of the banana bread is unreal and a MUST for the recipe! The center is gooey, like the center of a cinnamon roll, while the top becomes crunchy, almost like crème brûlée.

Preheat oven to 350 degrees F. Lightly oil a loaf pan with coconut oil and set aside.

To make the Cinnamon Swirl Filling and Topping, add coconut sugar, monk fruit sweetener, cinnamon, and coconut oil to a small bowl and stir to combine.

Bake for 45 minutes and allow to cool in pan.

Enjoy for breakfast (or dessert!) throughout the week.

Why (the science):  Monk fruit sweetener is a zero-calorie sweetener that can help manage blood sugar and can be replaced in a 1:1 ratio for regular sugar. I use the Lakanato brand!